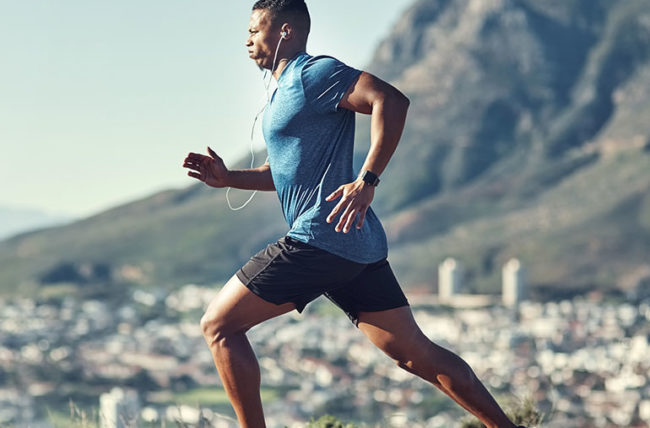 You probably already know that jogging is an excellent form of exercise for multiple reasons. Not only does it get you outdoors and into nature, depending on where you jog, but it will also do wonders for your lungs, heart, and general fitness. But, just because you do jog, it doesn’t mean that you are doing it as effectively as you could.

You may think that the idea is simply to step outside, start running, and stop when you’re tired, and that is beneficial. But there are steps that can be taken to maximise the effectiveness of the routine. Let’s talk about how you can get the most out of running as a form of exercise.

Steady As She Goes

Running until you’re out of breath, then pushing on as you gasp for air, is not the right approach. Many health gurus and so called fitness experts will endlessly talk about pushing yourself to the limit, and there is some benefit to this. But it really isn’t the smartest approach, assuming that you want to still be active for the remainder of the day.

It is far better to adjust pace according to your personal stamina limits. If you find you’re out of breath, it is far better to simply slow to a fast walk until you’ve regained control. The most important factor is to keep moving, regardless if at a slow walk, fast walk, slow jog, or fast jog. Adjusting between these paces will ensure that you’re still active until the route is finished.

Keeping To A Set Schedule

Running once a week is good, but you could do better. For maximum benefit it is a good idea to jog a minimum of twice a week, and preferably up to three times. You might immediately respond that you don’t have time, but it really isn’t as time consuming as assumed. A good run should take no more than thirty minutes. No, you don’t have to push to 10 kilometres. You can if you want, but it isn’t at all necessary.

There is a notion in running communities that going further is a bragging right, and indeed occasional marathons are fantastic. But the average person does not need to cover 10 kilometres every time they put on their trainers.

Jogging can be about much more than simply staying fit. It is also a fantastic time to unwind, de-stress, meditate, and otherwise focus inwardly. Controlling breathing requires focus, making a run a wonderful time to also forget about the world for half an hour.

You might consider creating a playlist of favourite relaxing music, put it on your phone, and enjoy the serenity even as you exercise your body. Or if you’re on a treadmill you can enjoy no deposit pokies as you keep up the pace. After keeping to a routine for a few weeks, you may quickly find that your jogging time is something to eagerly look forward to. After a few months you may even ask how you ever did without the break.

Don’t ever forget; just because something is good for you, it doesn’t mean it has to be difficult.